The Best Wines of the Right Bank of Bordeaux 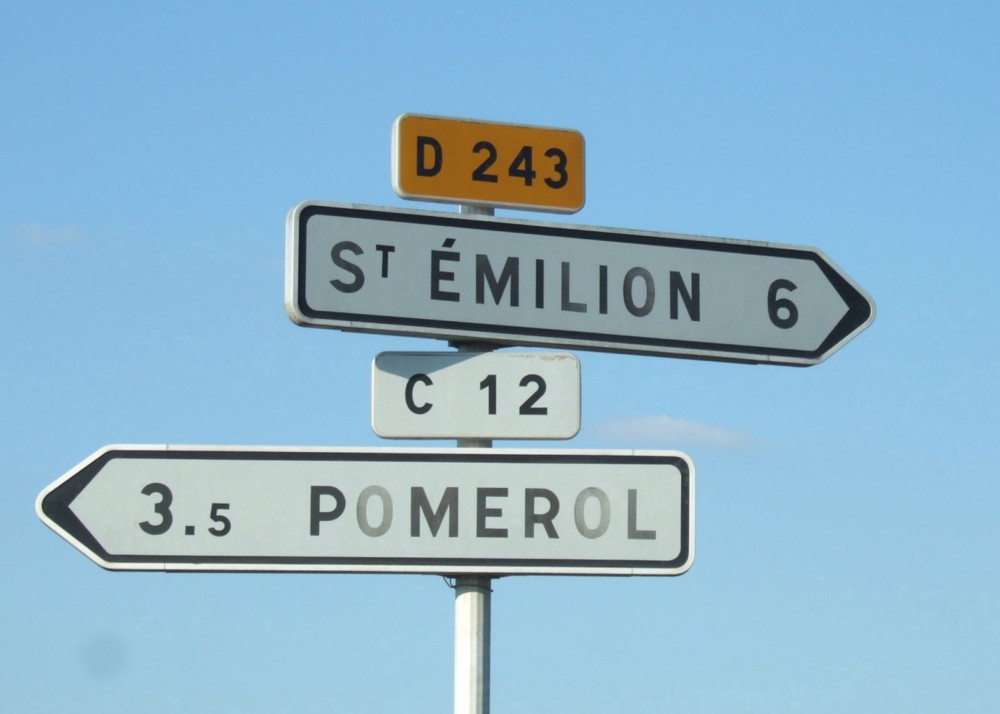 In December 2018, I published the results of a large-scale research of the Best Wines of the Left Bank of Bordeaux. I analyzed 18,000 ratings of professional wine critics and journalists as well as 89,000 user ratings of wines from 1982 to 2017 to form a weighted up to date rating of the estates on the left bank of Bordeaux (red wines).

I promised to continue the research and today I am happy to present you the respective weighted rating of wines of the right bank using the same methodology.
But first, a little bit of history.

The right bank of the Gironde River is primarily the two wine-growing villages of Pomerol and St. Emilion. They are surrounded by many other satellite villages, which also produce wines, but the principal estates, which reputation has made the right bank famous all over the world, are concentrated in the first two.

The smallest of the great red wine regions of Bordeaux, Pomerol produces some of the most expensive, dizzying and glamorous wines in the world. In doing so, Pomerol remains the only major Bordeaux appellation in which there has never been a formal rigid hierarchy of quality. When the participants in the Bordeaux wine market created the now famous and historic The 1855 Classification of Medoc & Graves, they completely ignored Pomerol and Saint Emilion, which are less than 30 km east of Bordeaux on the right bank of the Gironde River. The reputation for high quality wines was developed in these areas, but since the journey across Gironde in Libourne was complicated (bridges were not built until 1820), St. Emilion and Pomerol developed most of their trade with northern France, Belgium and the Netherlands.
Large wineries in Medoc worked through brokers in Bordeaux. In many cases, these firms, called négociants, were run by English as well as Irish families, who relied on existing contacts in the British wine trading system. The 1855 classification was essentially a short list of the famous estates of Medoc plus the famous Haut-Brion of Graves.

Because these chateaus traditionally sold most of their products to Bordeaux brokers, who then exported the wine to England. Because until the late 1860s brokers were responsible for the classification of 1855, who had little to no dealings with Pomerol and St. Emilion, they were ignorant — or, worse, selfish — when classified five best growths of Bordeaux.

St. Emilion introduced a classification system in 1954, focusing primarily on the sites and soil. Unfortunately, this system does not give a clear idea of the level of a particular wine and has received a lot of criticism. Fortunately, a year later, in St. Emilion, a two-tier Grand Cru Classe system was proposed, similar to the classification of the left bank of the 1855. The St.-Émilion chateaus were classified on the condition that the classification should be reviewed every ten years (as opposed to Medoc and Graves classification, which is never reviewed under current legislation).

The upper level is Premier Grand Crus Classé, divided into 2 subgroups: A (the best) and B. These two are followed by Grand Cru Classé.

Since 1954, the classification was revised in 1969, 1985, 1996, 2006. The last revision was held in 2012. It has undergone significant upheavals, including numerous court disputes resulting from the downgrades made to the original ratings.

As of 2012, in the midst of ongoing trials, four wines were in Group A: Château Angélus, Château Ausone, Château Pavie and Château Cheval Blanc. All other Premier Grand Cru Classé are marked with the letter “B”, although they are of course still considered to be of a higher status than the Grand Grand Crus Classés.

In numerous classifications, Pomerol vineyards, as well as remote areas such as Fronsac and Canon-Fronsac, have never been classified or ranked. This is surprising because they began to gain in popularity and fame in the late 1940s, after being widely advertised by the famous English wine buyer, Harry Vaud, who then worked at Harvey’s esteemed trade house in Bristol. Their reputation continued to grow to such an extent that many of Pomerol wines are now in greater demand than some of the most famous of Medoc and Graves.

The legendary Petrus is out of reach. Reputation and unquestionably high quality clearly elevate this wine to the top of the pedestal. It is the undisputed King of the Right Bank of Bordeaux. Is it the absolute leader of all Bordeaux? I will try to answer this question in my next publications.

The uniqueness of the terroir is blue clay rich in iron. It is where Merlot produces wines of incredible depth.

Château Lafleur from Pomerol and two estates from Saint Emilion in the Premier Grand Cru Classé A category: Château Ausone and Château Cheval Blanc are very comparable in quality and reputation. Together, they are far behind the leader.

The last of the top five is Le Pin from Pomerol. This wine is the leader in terms of value, bypassing even Petrus by this criterion. In this case, the price is determined by the incredibly small volume of production and excessive demand. At the same time, the ratio of price to quality is the worst here.

The vineyard area is 2.7 hectares. 88% Merlot, 12% Cabernet Franc. Production volume of 9 thousand bottles per year. Yield of 30 hl/ha. The first vintage was produced in 1979.

The first five in the table are highlighted in color. I will allow myself an analogy with the classification of the Left Bank. Let’s call this top league the First Growths of Right Bank. The gap between this super-five and the rest of the wines in the ranking is significant. Here, indeed, you can draw a clear line in terms of quality and reputation. I would like to note in particular that Le Pin is still a little bit behind the previous three. The gap between them is more noticeable than between the wines of the trio.

Wines occupying the next lines of the rating from the 5th to the 20th places are distributed very evenly in terms of overall quality and reputation.

I would like to highlight Château L’Eglise Clinet. This is absolutely the best value for money. With the market value of just over 200 euros, you get a top-quality wine.

Interestingly enough, the other 2 wines from the Saint Emilion Premier Grand Cru Classé A — Château Angelus and Château Pavie are ranked 7th and 11th, respectively. Historically, these 2 Châteaus were not included in this top category of classification, but were added much later, namely, only in the latest edition of 2012.

Another clear favorite of my rating is Château Le Tertre-Roteboeuf. The wine is now officially in the category of Saint Emilion Grand Cru, but it is in the 9th place, ahead of the more prestigious Château Pavie. In general, Le Tertre-Roteboeuf has been doing incredibly well over the last 10 years and I will prophesy a place for it in the Premier Grand cru classe in the future if they stop stumbling and accept the classification. Please note that this has not yet had any impact on its value.

Prefer to remain unclassified, although they could easily claim 1er GC.

The area of vineyards is 6 hectares. 80% Merlot, 15% Cabernet Franc. The production volume of 30 thousand bottles per year.

2 natives of Pomerol Vieux Château Certan and Château Trotanoy occupy the 8th and 10th places in the rating, consolidating the leadership of this small region. The top 6 out of 10 ranks are held by Pomerol wines, while the area of production of this appellation is much smaller than Saint Emilion (780 and 5400 ha, respectively).

Pioneer among the garagists — Château De Valandraud is at the 14th place. These wines have won the hearts of critics and have a very high reputation among wine connoisseurs. In 2012, the wine was awarded the status of Saint Emilion Premiers Grands Crus Classé B. However, the history of this wine is not as impressive as that of other famous colleagues. The first vintage was released just in 1991. The market value grows from year to year, renewing maximums with each new vintage.

Another underestimated wine in my opinion is Château Troplong Mondot. The estate is in 17th place, with a market value of only 112 euros.

Château La Fleur-Petrus, on the other hand, is overrated. The wine is ranked 18th, and the price is closer to the level of the beginning of the second ten.

The vineyard area is 34 hectares. 70% Merlot, 30% Cabernet Franc. The production volume of 100 thousand bottles per year.

Comparing the value of Left and Right Bank Bordeaux wines, the attractiveness of Left Bank wines is obvious, even if we do not take into account the extremes of Petrus and Le Pin.

The volume of production of wines from the Right Bank is considerably less. The peak maturity of wines with Merlot dominated blend is usually faster, which means that their market value reaches relative highs earlier. The total life expectancy of wines from both banks is comparable.